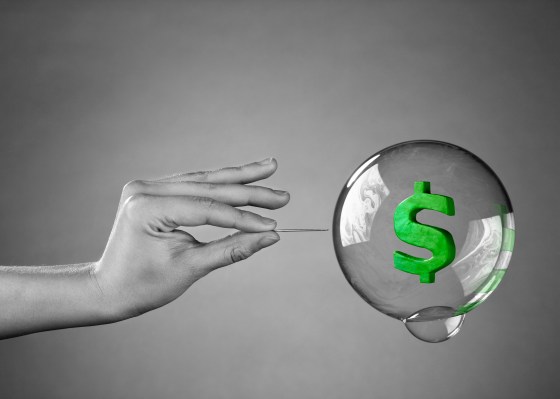 Venture capitalists are in the business of predicting the next big thing, even if they get burned in the process. While everyone piled onto crypto in 2021 — and many remain bullish about its future despite multiple failures this year — 2022 saw the rise of generative AI.

But as is the case with any transformative new tech, hype is sure to accompany growing adoption, and generative AI has garnered so much attention and money that many VCs already feel the budding sector will be the next bubble.

TechCrunch recently surveyed more than 35 investors working in different geographies, investment stages and sectors about how they were feeling about next year. One of our questions sought their prediction of where the next bubble would be, and almost half of those surveyed mentioned generative AI.

While several investors said they were bullish on the new tech overall, they also admitted that the sector was likely to get lost in its own hype.

Don Butler, managing director at Thomvest Ventures, feels the bubble is already here. “We believe that the applicability of AI to so many use cases will lead to a very large number of startups being funded in the space, including at some eye-watering valuations, and so we think that the next big bubble is already expanding in this area,” he said.

This isn’t surprising, given how the sector has burgeoned recently as consumer tools like ChatGPT, DALL-E and Lensa AI soared in popularity both in and outside the tech community.