Roku today is expanding its product line to include a range of smart TVs that are the first ever to be both designed and built by Roku itself. The Roku Select and Roku Plus Series TVs will be Roku-branded HD and 4K TVs available across 11 models, ranging from 24” to 75” in size, and made to work well with Roku’s growing line of audio products, like its Roku TV Wireless Soundbar, as well as other Roku accessories, like its Voice Remote. 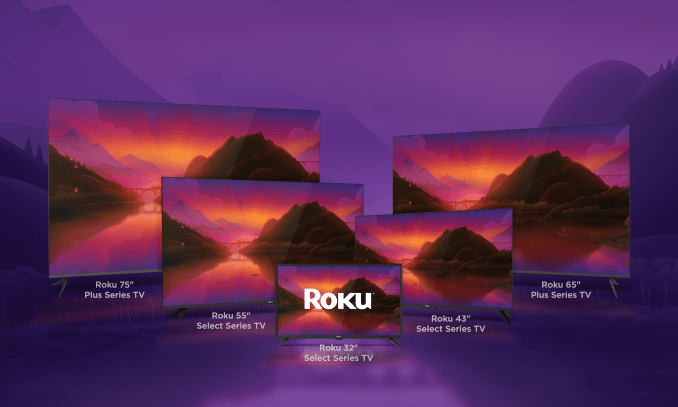 The TVs, like those from Roku’s partners, will run the Roku OS — the company’s own smart TV operating system that provides access to ad-supported movies and shows through The Roku Channel, live content through the Live TV Channel Guide, a curated selection of free in-season movies and shows through its “Featured Free” collection, voice search, and the ability to add on various streaming channels, both free and subscription-based.

Until today, Roku’s OS has only been available on TVs from partners like Sharp, TCL, Hisense, RCA, Philips, JVC, and others — similar to Google’s strategy with Google TV. Amazon had also only worked with partners until last year when it launched its first Fire TVs with Alexa built in.

The company will also make an OLED TV reference design available to its Roku TV partners, to supplement the 11 reference designs that have already gone into production, including those for 2K, 4K, and 8K TVs.

The new product announcements come on the heels of Roku’s third-quarter earnings, which worried investors despite topping Wall Street estimates with revenue of $761.4 million, up 12% year over year, and a net loss of 88 cents per share, below the $1.28 expected. The company was then projecting a weak Q4 — typically a top quarter — with expectations of total net revenue of around $800 million or a decline of 7.5% year over year, Variety reported at the time. Roku said the decline was related to “macroeconomic headwinds” and advertisers’ tightened budgets.

New Roku-branded TVs could, in theory, help to boost device sales as consumers could opt for the company’s own brand other others, while also allowing Roku to generate revenue from its own hardware.

“Our goal is to continue to create an even better TV experience for everyone,” said Mustafa Ozgen, Roku’s President of Devices. “These Roku-branded TVs will not only complement the current lineup of partner-branded Roku TV models, but also allow us to enable future smart TV innovations,” Ozgen added.