This was the CES of putting things on my face. I spent time with the Magic Leap 2, Meta Quest Pro, Vive XR Elite and PSVR2 over the course of a few days. All of those products fit in the same bucket, more or less. And then there’s the Dyson Zone, a product that, quite frankly, doesn’t fit in any bucket, per se.

There are a few potential reasons for this:

There’s a greater than zero chance you, too, had a visceral reaction when the product was announced. And perhaps like me, you thought to yourself, good or bad, I absolutely have to try the thing. I won’t say I tried it so you don’t have to. There’s a decent chance you still want to put it on your face — but probably not to the tune of $1,000.

The company walked us through some of the early iterations of the product design, fitted to a row of mannequin heads aligned on a desk in the hotel suite. One thing I feel comfortable saying: Dyson has vision. Another thing: They’ve made some really quality (but pricey) products over the years. I have a Dyson vacuum. It’s the best vacuum I’ve ever owned by some order of magnitude — a rare splurge for me and one I never regretted.

Moving air is Dyson’s whole deal. If its products don’t suck, they blow (though one could argue that they all technically do both). The Zone, in a word, blows. It’s a product that addresses a very real problem: pollution in urban environments. There’s a big difference in addressing the symptoms as opposed to the underlying causes of human-made pollution, but both serve a purpose. A U.K.-based company, Dyson points to the London’s Central line — a notoriously polluted Underground line — as a prime example of when and where the Zone is meant to be used.

We spent much of the meeting talking headphones. That was a bit of a surprise. Let’s be honest, no one is focused on the headphones here. The market is flooded with them. It takes something truly out of left field to turn heads in consumer electronics this days, and the mask happily fits the bill there. Part of me wondered whether the amount of time devoted to audio engineering was a way of justifying the thought process that went into such an admittedly strange project. 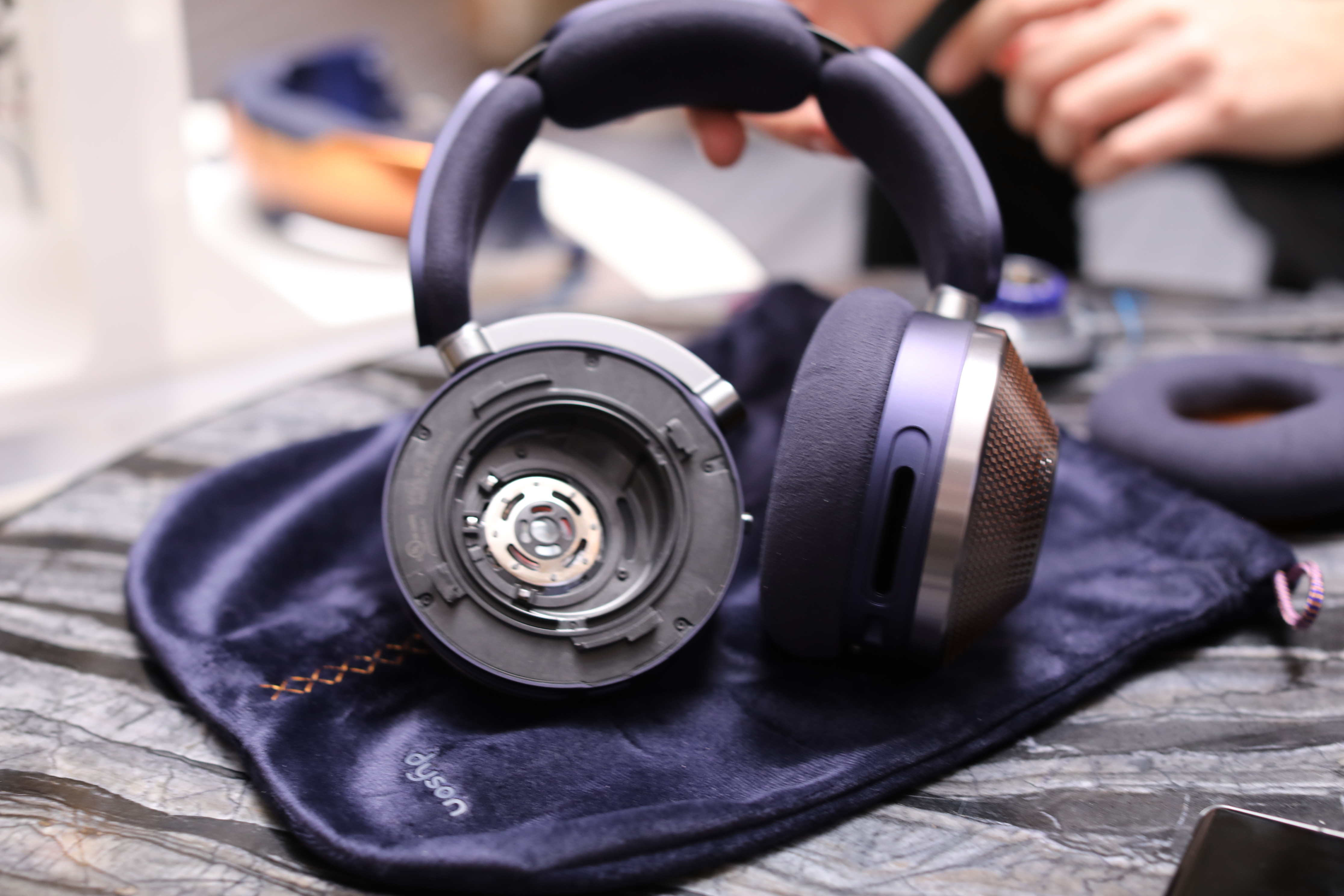 Interestingly, the company pointed out that, much like the mask’s airflow, the six or so years of work that went into the headphones is rooted in existing Dyson technology. Here that specifically relates tothe  method for reducing the noise of airflow. After all, a high-powered hand dryer, say, has different expectations around dB levels than something designed to be strapped to your face. Over-ear headphones make sense here from a noise reduction, as well as form factor, standpoint. I likely don’t need to tell you this, but noise cancellation works best when the active form is combined with the passive. That means utilizing both the onboard microphones to actively cancel it and the headphone earbuds to passively/physically block out ambient noise.

The Zone’s noise canceling is decent — somewhere between the best and worst I’ve tried. I feel comfortable being a bit less wildly broad if we end up spending more time with it. This trial was a rare time you can suggest that a company got “lucky” in booking an expensive Vegas hotel suite with an extremely loud HVAC system directly outside the window. Nice view of the Paris Las Vegas’ half-scale fake Eiffel Tower, too.

The Zones blocked out some of that noise, though the higher frequencies still managed to get through fairly easily. If I had to venture a guess, I’d say the thing is tuned to specifically cancel out the face mask noise. I was, however, genuinely impressed with the sound quality. I’d suspected the headphones might be something of an afterthought, but, then, Dyson is not one to half-ass things. They’re a good-looking, good-sounding pair of headphones, and Dyson could do well to sell them on their own (though, the fact that the actual filtration happens in the earcups is admittedly a bit silly of a thing to have without the mask).

The mask itself is a soft strip that snaps onto the headphones with magnets but doesn’t come into direct contact with your face. The air flow is a nice, pleasant breeze over your mouth. There are some thoughtful features included. For one, tipping the mask down or detaching it will switch from noise canceling to transparency mode (you can reenable it with a tap on the side of the ear cups).

The Dyson Zone is certainly weird and unquestionably silly. It’s also quite unique. The fact that it can’t purport to effectively filter out viruses certainly felt like a missed opportunity when it was first announced early in the pandemic. There is an attachment that works with N95 masks, but the Zone itself isn’t going to protect you from COVID.

I don’t see a scenario where I’d actually wear one of these things around, but I’m also not mad that something so wonderfully weird exists in the world.