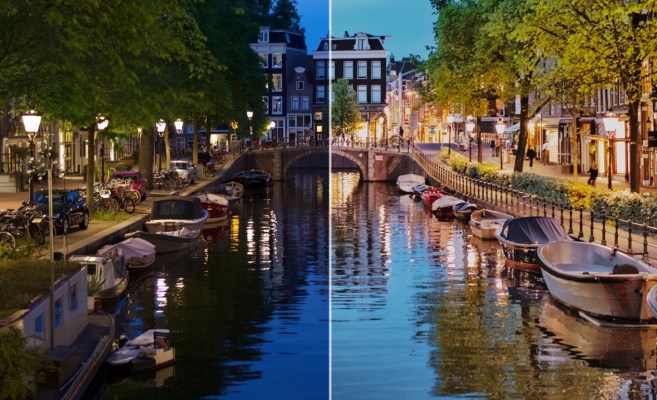 It’s been around for a hot minute, but Darkroom just got a pretty major update that makes it a lot more interesting for photo enthusiasts who don’t want, or can’t afford, to use more specialist tools. The fast and intuitive photo editor gives you access to your photo library, essentially giving you a Lightroom-like experience natively on your phone or Mac.

The company just introduced highlight and shadow recovery to its tool, which enables users to make the most of the ProRAW files captured by the latest-generation iPhones. In another recent update, the company added Preset Sharing, which makes it possible to create a stylistic edit you enjoy, and then share those edits with the world as a preset; much like a filter in Instagram, except customizable.

Recovering details from “blown out” highlights or “overgrown” shadows is one of the primary reasons for shooting in RAW (as opposed to JPEG). The issue with JPEG, primarily, is that the file format discards a lot of the information the camera captured. Not a problem if you shoot perfect photos every time, but not great if your images need a bit of an edit.

The functionality added to the tool adds five sliders that will seem familiar to users of high-end photography tools; Exposure, Whites, Highlights, Shadows and Blacks.

“This is among our most consequential updates to Darkroom’s rendering engine since 2018 when we added RAW editing support,” notes Majd Taby, the co-founder of Darkroom.

The coolest thing about Darkroom — a boon for those who primarily shoot with their phones — is that the tool is specifically designed for managing and editing your existing iCloud Photo Library. It’s as fast and easy to use as the Photos app, with many of the same powerful features as Adobe’s Lightroom. The quirk: Because of the deep integration with the iOS ecosystem, you don’t have to import photos, or pay for storage in a second library.

Darkroom is a free app, but certain premium features are available only to Darkroom+ customers, paying $30 per year or $5 per month for the additional features.

Stripe cuts 14% of its workforce, CEO says they 'overhired for the world we're in'